Check this out! I have teamed up with the CSI Project to tell you about this gun. I recently received a Wagner HT3500 digital heat gun to review and see how I liked it in my little scrapbooking world. The HT3500 is the first digital heat gun introduced into the DIY market. Here’s what I did with it:

I started out with this pretty dandelion stamp from Stampendous and used a Ranger embossing pad to stamp it onto my cardstock.

Then I dumped some Ranger clear embossing powder onto it while it was wet.

After pouring the excess back into the jar, it looks like a frosted dandelion.

And then after heating it up with the heat gun and melting the embossing power, it looks shiny and pretty!

All in all, it’s pretty neat. It works great. Touch-pads activate 12 different temperature settings from 250° to 1350° F, so you can set the temp for whatever temperature your particular project needs. I left mine where it was when I took it out of the box, but if I were going to strip some paint I would turn it up obviously.

A cool feature that it has is there’s no off button. When you’re done, you put it in cool down mode and set it down wherever (upright) and it will cool itself down and then shut off.

I don’t know if this is a standard thing with heat guns or not, but for my particular project in the scrapbooking studio I didn’t like this feature because I have paper everywhere and didn’t like sitting that thing down on my counter space for fear of knocking it over (because I’m accident prone). I do like this gun better than the one that I’m using which is specifically for scrapbooking (embossing) because it heated up faster and didn’t take as long to melt the embossing powder. However, I do think it would also be nice if I were melting some paint or doing another project with it. Stripping paint is actually what I’m going to try next!

Wagner’s website says it’s ideal for removing multiple types of paint, remove flooring, rusted bolts, thawing frozen pipes and much more. I never thought about using it for rusted bolts! Here’s a link to it on Amazon: Wagner heat gun. Now I’m off to do some stripping (paint!).

This week is sponsored by……. 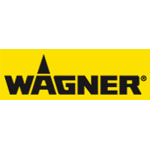 To enter the giveaway, go here.

I am a craft lovin', Diet coke drinkin' kind of girl! I love glitter and anything leopard print. My passions are crafting, fitness and living a healthy lifestyle and of course my family. The CSI Project believes in the mission to Create, Share and Inspire. When you create and share, you are sure to inspire! Hope you come away from The CSI Project inspired and come back anytime!!!

When decorating for spring and Easter, try to create or buy decor that can work for both. For Spring and Easter, carrots are perfect! Using Dollar Tree foam wreath forms and a little ribbon and...

Holiday decor doesn't have to take a lot of time to create or be expensive. Using a flower pot and round tupperware from The Dollar Tree along with some embellishments such as ribbon, St. Patrick's...